Years ago, someone contacted me through e-mail and asked me to draw something on a couple of index cards for them.  I was so flattered, I said sure.  He sent me a couple of index cards with a Self Addressed Stamped Envelope and a letter asking what he wanted drawn.  I still remember what I drew... Darth Vader and Boba Fett from Star Wars.
Well, who ever that was, he posted somewhere online that I drew the cards and also posted the address to my studio.  I don't know where it's posted online, but I'm sure of it.  From then on, I would get these letters asking for sketches, along with a couple of index cards, and a self addressed stamped envelope.  I've done numerous of these since.
One time, a father sent me a couple of photos of kids.  The kids were posing on the right side of the photo in a super hero Halloween costume and I would drew characters on the left side.  Sorta like Life meets Art.  Very creative of the father.
Anyways, I've never made copies or took pictures of the sketch I drew.  Never thought about posting them until now.  So from here on out, every time I do another freebie Sketch Card, I'll post them here.  I'm calling the entries, "Index Cards". 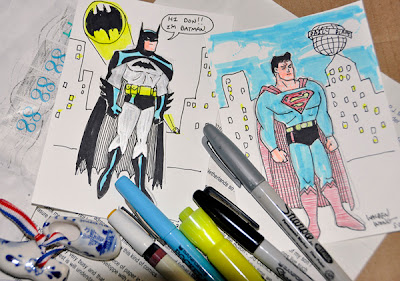 Here's one for someone in the Netherlands.  He sent me a Dutch Good Luck Charm which I thought was kinda nice (see bottom left of picture).  As usual, a self addressed stamped envelope and a letter.  The letter asked if I can personalize it to his son, which I did for the Batman sketch.
Sketched it out in pencil, then finished it up with whatever pens I have around at the time... red ball point pen, tech pen, black & silver sharpie, blue & yellow highlighters, and a orange marker.
Posted by Walden Wong at 2:37 AM 2 comments:

Ultimate Spider-Man #150 was released around the end of 2010.  It's out in store now.  I just recently found out there's some of my work in this issue.  Here's the cover to the book.
On top of new material, Ultimate Spider-Man #150 also reprints Ultimate Spider-Man #1, which was published some time ago that I had part in.
If I recall correctly, my part was a double page spread of Ultimate Iron Man pin-up where I've inked over Jacen Burrow's pencils.  Fun times.
Posted by Walden Wong at 3:51 AM No comments:

Size of a dime

Inking with a size .005 micron on blue line. 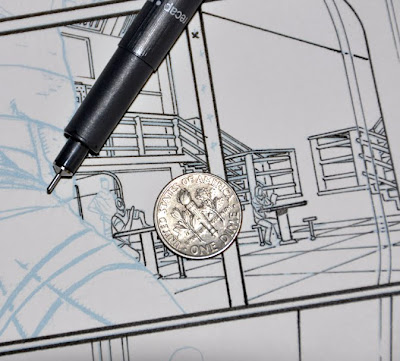 Here's something a little different.  Action Figures.  Wanna take a guess what I had to do with these?
If you guess I worked on the art, you're right!  I did the inking over Bob McLeod's pencils.  Here's the black and white inks.
It's in stores now and available at Toys R Us.
Posted by Walden Wong at 2:07 PM 4 comments:

Here's the cover for Spider-Girl #6 which I helped out with inks over Ray Anthony Height's pencils. 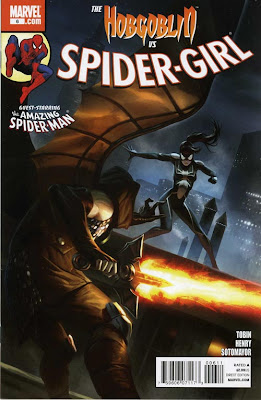 Here are the couple of pages that I worked on for the issue.  Spider-Girl, Spider-Man, and Hobgoblin. 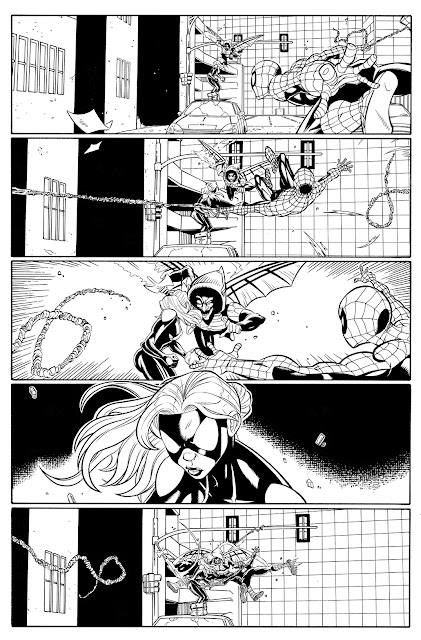 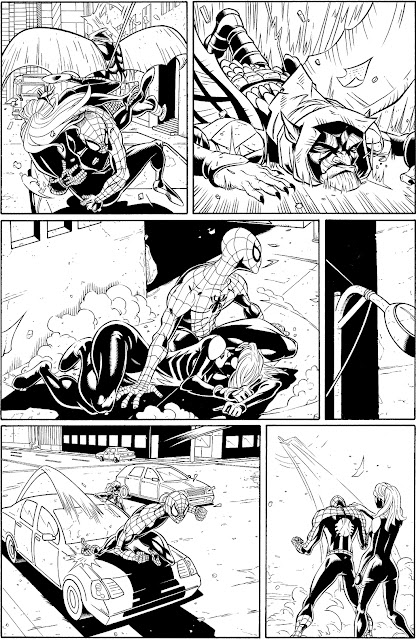 Posted by Walden Wong at 4:05 PM No comments:

Here's the cover to Freedom Fighters #9 which is in stores now. 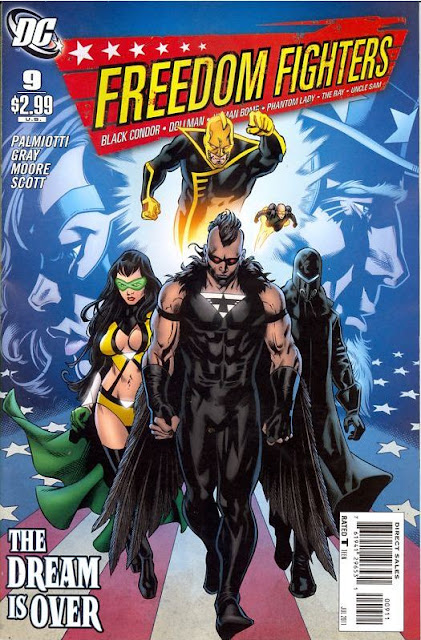 Here's my black and white inks for the cover which I've inked over Travis Moore's pencils.  That's it!  I only inked the cover.  :) 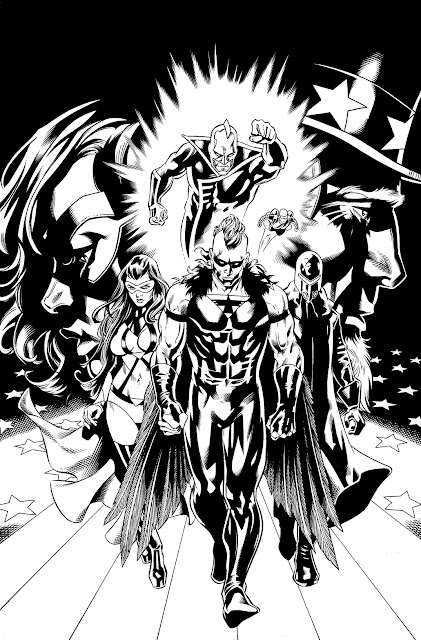 Posted by Walden Wong at 3:58 PM No comments: