Another book which I did some inking work on. Here's the cover to this issue. 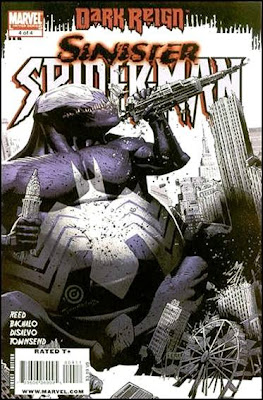 I've inked over Chris Bachalo on Blue Line. As usual with Blue Line, I download a high resolution pencil file, convert it, and print it light blue onto a bristol board. Before anyone gets too excited... I only helped out on inking one page. Just one... UNO! Here it is... 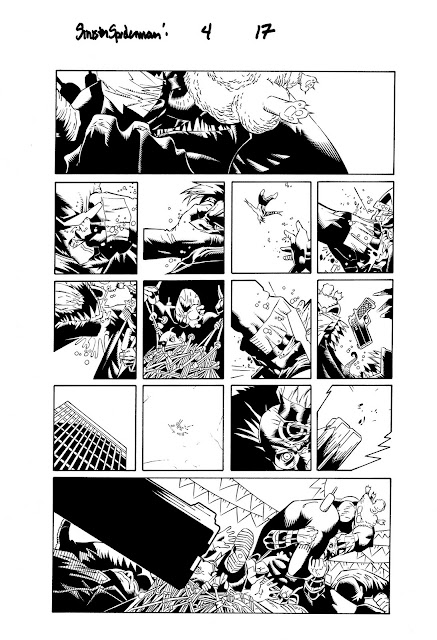 Still, it was exciting for me to work on it since I admire Chris Bachalo's work. Here's a fun fact: Did you know Chris Bachalo appeared in a few episodes of a television game show called Win, Loose, or Draw that aired from 1987 to 1990. Like the board game, Pictionary, he would draw images and team mates would guess to win the point.
This book is in stores now and to read more about Dark Reign: The Sinister Spider-Man #4, you can click here.
Posted by Walden Wong at 10:29 AM