When at comic book conventions, have you ever seen people sketchbooks waiting in line seeking sketches from artist? For the most part, I've seen a lot of people with the black hardcover version. Gets heavy when you carry it around all day.

When I go to conventions, I don't usually bring a sketchbook and ask people for sketches. One year, in 2007, I decided to do that. Except, I didn't have one of those hardcover sketchbook with hundreds of pages or even anything that size. I bought a teeny tiny sketchbook with only 24 pages in it. 4x6 inches. Small enough to fit in my butt pocket. 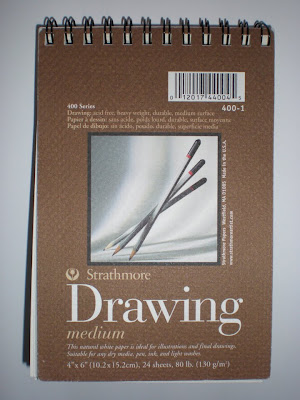 I only took it to three conventions. San Diego Comic Con, Wonder Con, and Super Con. I wasn't actively seeing for sketches. I just whipped it out when I saw an artist who was free and available. I didn't request any character, just handed them the pad and said they can do what ever they want. And here are the results. 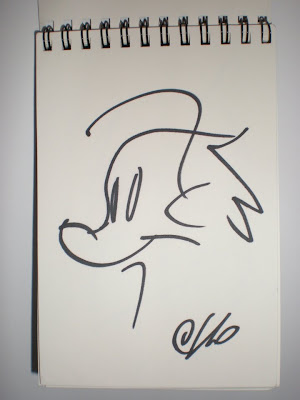 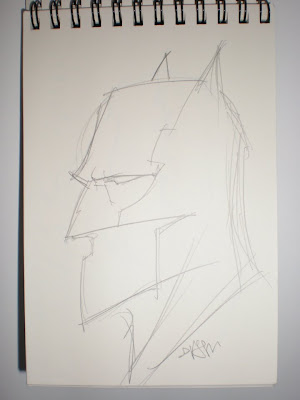 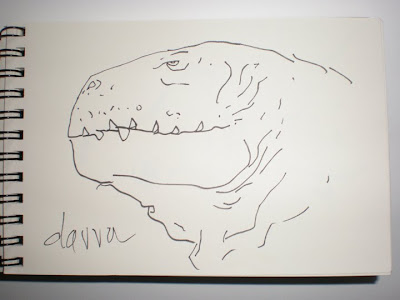 David Mack drew a face with a tear drop. *sniff-sniff* 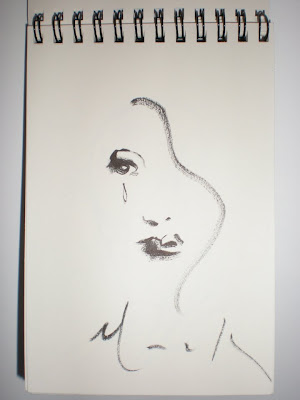 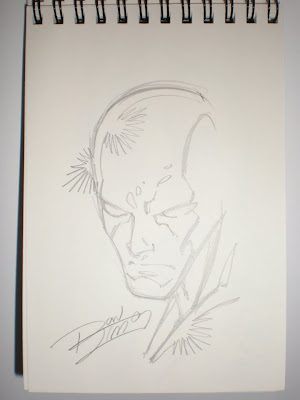 Ethan Van Scriver's Green Lantern. I've know Ethan ever since his Cyberfrog Days. He wrote down his new phone number on the drawing. I just blocked it out. 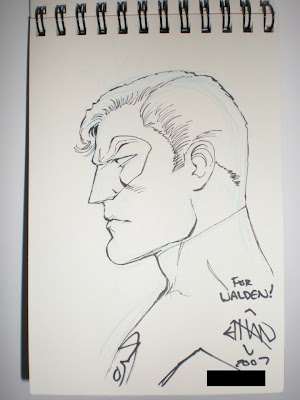 Whilce Portacio drew A face with hair? I keep looking at the hair thinking
those are letters. 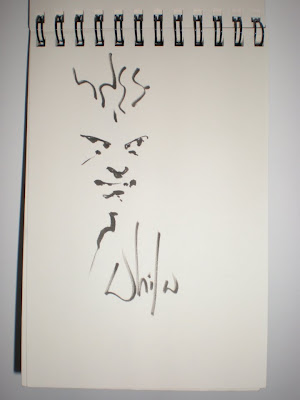 Billy Tan drew a female face. I think I took it back before he was able to finish. I had to leave. 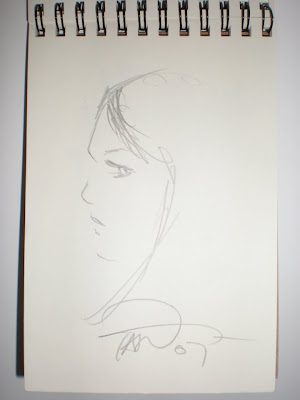 Michael Lopez's Wolverine. It was interesting how he drew this. He did all the brown in the background first. Then the darker brown for the eyes and chin. Then pulled out the sharpie to draw the face on top of all that and ended it with white in for highlights. 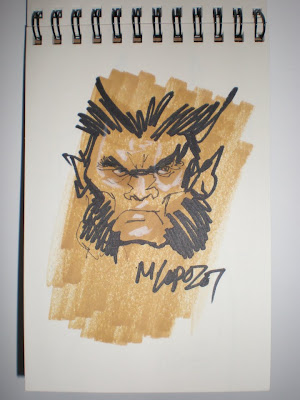 J.J. Kirby's Batman. This sketch took him about half an hour. He liked it so much that he took a picture of it for himself. 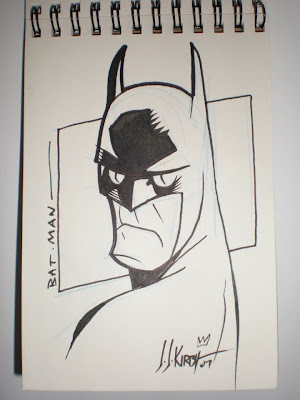 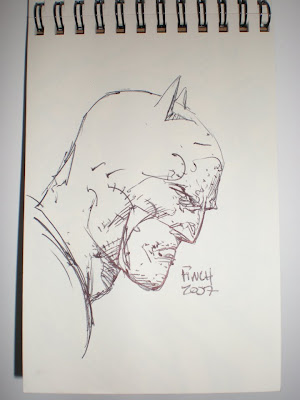 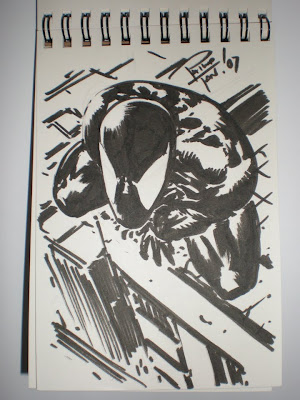 Paul Smith's Lockheed. I was sitting at he booth next to his at a convention during our run on SPIRIT. While he usualy draws lockheed headshots when asked for sketchs, he drew the whole character for me. 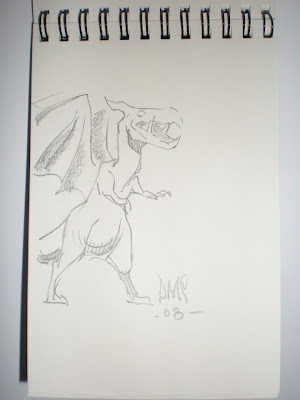 Then on the back of the sketch book, I left a page just for autographs. I didn't ask them for sketches because these guys were busy with people around their booths. Ryan Ottley, Mike Mignola, and Jim Lee. 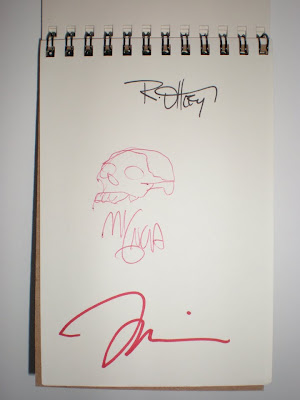 I got Mike Mignola to sign first and he surprised me by drawing a skull. Then I got Jim Lee to sign next. He just signed his first name and said "That's a cool sketch from Mignola". And finally, I got Ryan Ottley to sign last and he said, "Wow, I'm signing on the same page with Mignola and Lee."
And that's just 14 pages. Which leave 10 empty pages. Will I get more sketches to fill up the book? Humm... I know... I can rip out the last 10 blank pages and consider it all filled up! Call it "Sketch Booking 2007".
Posted by Walden Wong at 7:41 PM