I got it for the articles!

First time buying one of these. Playboy Magazine!!! Why did I buy this? Because of Marge Simpson of the cartoon show, Simpsons. Today's the first day of release. I went to a few stores and they didn't have them. I could have bought one off EBay, but didn't feel like paying over $25 to get a copy from the secondary market. Besides, I wanted to see it now! NOW NOW NOW! After a few more shops, I finally found one and bought it. Look that it... all sitting there by itself in the "Adult Interest" section. 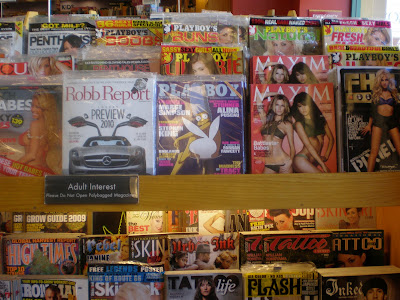 Here's a close up photo. This is really a Playboy Magazine. No joke. I bought this because I wanted to see how Marge Simpson looks in her birthday suit. 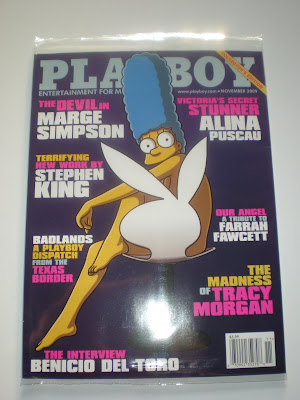 Apparently, the cover is an homage to another Playboy issue from October of 1971 where they first had another person of color on the cover with an extreme hair due. Why do I know this? No, I don't have a collection of Playboys in my attic. I know because it was on the news a week earlier where it was mentioned it. That's what made me want to buy it in the first place. 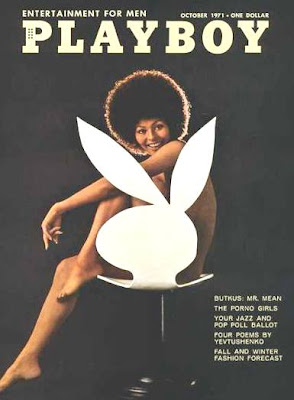 Anyway, I rip open the polybag and flip to the table of contents so I can find Marge Simpson quicker. "Page 52 The Devil in Marge Simpson". Flipping pages can't flip fast enough. 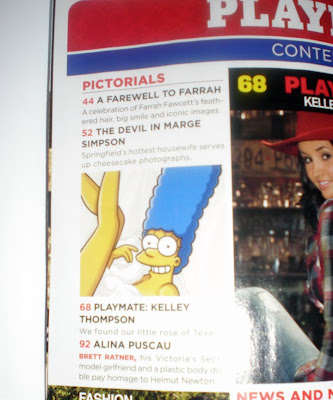 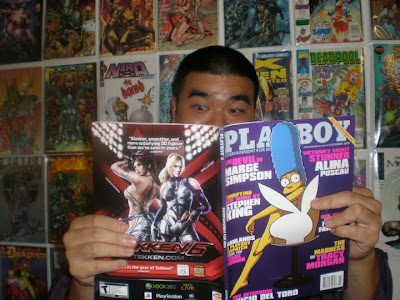 There's an interview with Marge Simpson as if she was a real person responding to an interviewer. If you want to read it, just click on the picture below and it'll expand. Haha. "Springfield's Sexiest Celebrity Reveals All". Every part of that sentence is so make believe. 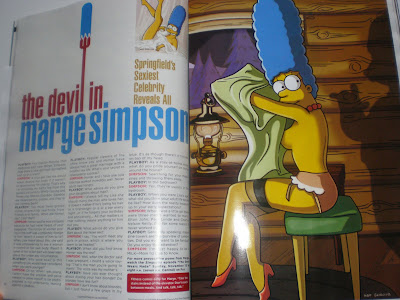 Here's a closer look at the splash page on the right. Look at Homer Simpsons shadow in the background. Such a nasty man. I also notice a subliminal drawing around Homer Simpson's crotch area. That can't be an accident. It's a drawing. Every line is drawn there for a reason. 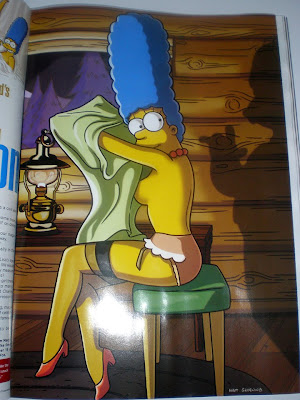 I notice Matt Groening's (creator of Simpsons) signature on the bottom of the page. Of all the people to draw Marge Simpson, I would expect it to be by the creator for this. Anybody else drawing Marge Simpson for Playboy would be the same as looking at fake breasts. Just not original. I want the real deal.
I turn the page and it's the pull out image. I'm thinking AWESOME! THIS IS COOL! A CARTOON CHARACTER TOTALLY NAKED! Gotta turn the magazine sideways to get the fill effect. 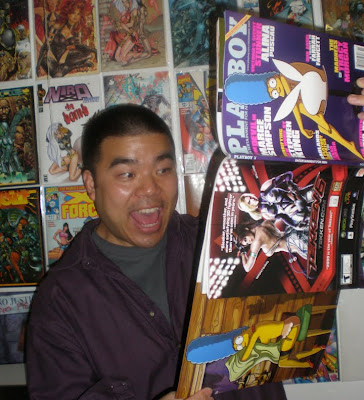 Not much of an effect at all. Here's that pull out page. Wasn't what I was expecting. The image is just two pages tall. The top page is the interview page which we already saw. Aren't these Playboy pull out images supposed to be three pages long? Nice can of Duff Beer near her butt. What's up with the donuts? Is Marge Simpson supposed to be seducing some police officer? 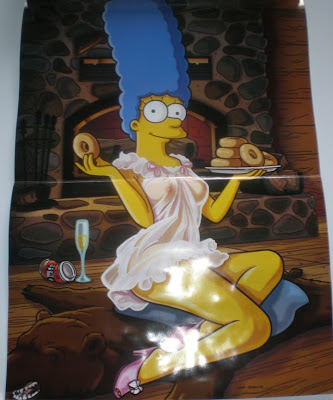 I turn the page and it's the Model Date Sheet with all of Marge Simpson's stats. If you like to read it, click on image to expand. Funny stuff especially her measurements. 26,26,26...
stright as a pipe. Nothing sext about that. Funny though. 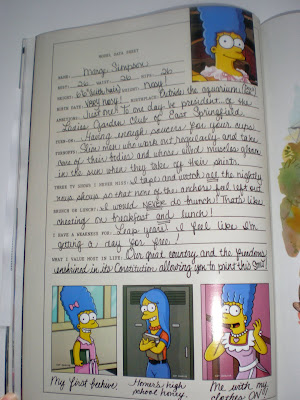 After this page... That's it!!! There's other naked pictures of real people, but I don't buy this magazine for that... I wanted to see more Marge Simpson in the buff. I feel gypped. No totally naked boobies of her either. Just a see through blouse. For all I know, that could be a white blouse with boobs painted on. Seriously, wouldn't it be easier to draw totally naked breasts? It's just two half circles and a couple of dots. So this is as close as any of us will ever see. For Homer Simpson's eyes only. *sigh* 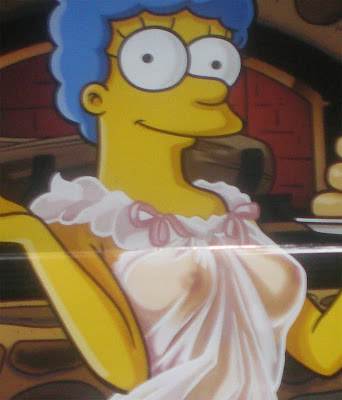 You know... I never imagined her nipples would be colored like that. I thought they would just be black dots... same as Homer Simpson when he runs around topless in the cartoon show.

That said, here's a picture of Matt Groening and myself. Yeap, This is the guy who created the Simpsons. 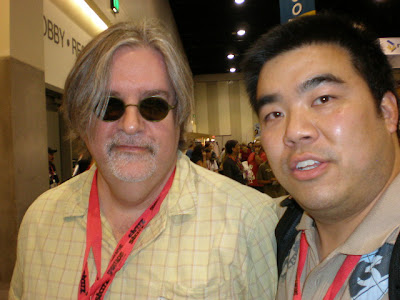 After that Playboy issue with Marge, this picture of us makes me feel so guilty inside. Like I saw a father's daughter in the nude. *yeesh*
UPDATE: Just read in the magazine that the Marge Simpsons illustrations were drawn by someone else. Which means Matt Groening's name was slapped on. Great... Fake Boobs.
Posted by Walden Wong at 8:27 PM