Complementary copies again! It's always nice to open up a package delivered to me when I'm not expecting anything. Feels like opening up presents. Except it's not wrapped in colorful wrapping paper packed with nice tissue paper inside... just a plain crushed brown box with bubble wrap where you can make annoying sounds by popping them.

I crack open the box, make some annoying popping sounds and see what's inside. Seven copies of SUPERMAN: RED SON DELUXE EDITION in hardcover that I did some inking work. All still sealed in plastic. 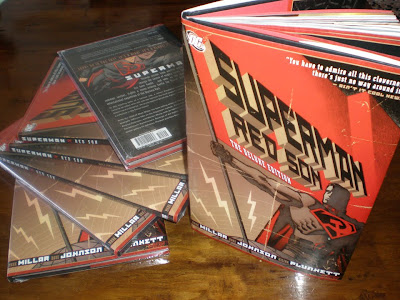 I ripped open the plastic seal on one of the books to check it out. I remove the dust jacket and notice the hardcover in black with a gold foil logo of a Hammer and Sickle. You know what could have been nicer...? The hardcover being in the color red with the hammer and sickle inside a diamond like Superman's logo. Still looks nice. 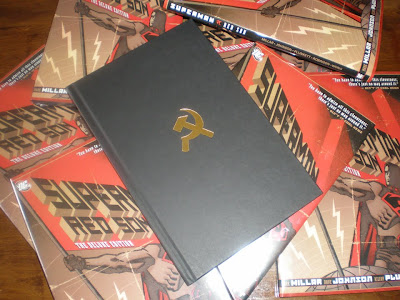 Aside from the regular Superman: Red Son that's been published, collected, and reprinted numerous times, this Deluxe Hardcover version has a little something extra. There's about fifteen pages of sketch book art material that's never been seen. Here's a few of those pages... 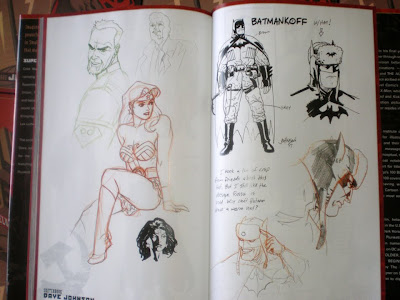 As usual, you can click on any image to expand. 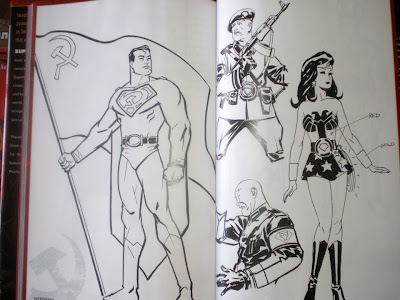 There's also colored sketches, drawings of how the logo was developed, commentaries, and so forth. Fun stuff to look at. 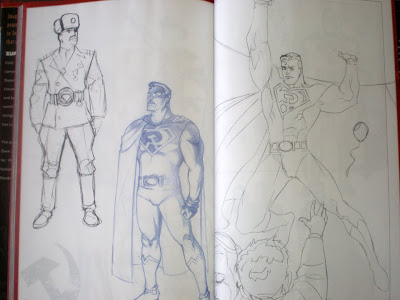 Finally, I look at the credits page... 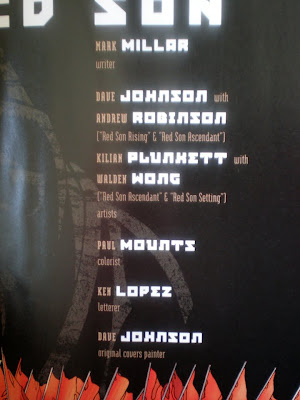 According to the credits, it says I only inked Killian Plunkett on his part of the book. That's true, but I also inked quite a few pages over Dave Johnson which the credits didn't list. It should have been "Dave Johnson with Andrew Robinson & Walden Wong". But that's okay... I can see how it could get confusing for people to read that. Besides, if that did add my name right after Robinson, then my name would appear twice. Nah... after all... "Two WONGS don't make a right." :)
This book will be on sale in stores November 11, 2009 and you can click here for more info.
Posted by Walden Wong at 12:12 PM