Just got comp copies of PREDATOR #4. The last issue of the mini-series. I've inked ten pages in this issue over Javier Saltare's pencils.
Speaking of which, I've inked Javier Salatare's pencils almost ten years ago on a book called Avataars Covenant of Shield #3 for Marvel Comics. At that time, I was still a new inker new fresh in the industry. When I got pencils for the Avataar book, they were from a penciler who would draw for themselves to ink. Where not all the details were there. I did what I could at the time. Inking every line that was drawn. It was okay, just not as polished. Fast forward to a few months ago when I got the call to help out on Predator over Javier Salatare's pencils. It reminded me of the Marvel project I did years back. I was intimidated at first, then I thought this may be an opportunity to show what I can do with Javire's pencils today. After a few pages of inks, I got his pencils down! Working some finishes here and there, fixing lines, and inking what I feel as supposed to what I see. Feels good to go full circle over Javier's pencils. Here's a picture of the comp copies. 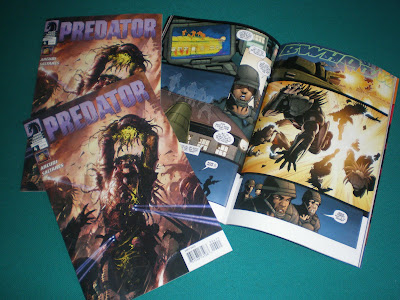 A page of the inks where I had a bunch of rendering fun. 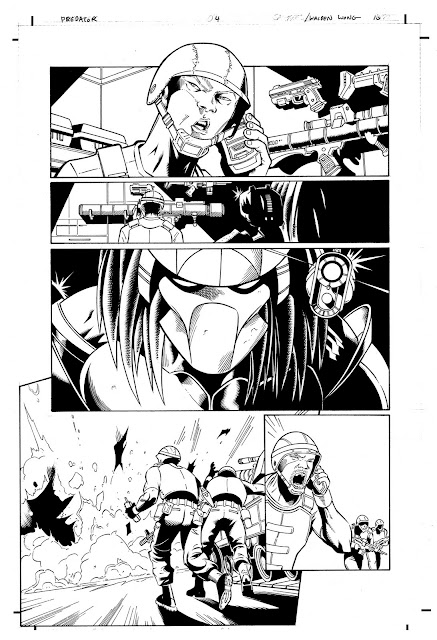 Another with the Predators being blasted away. Ka-POW!!! 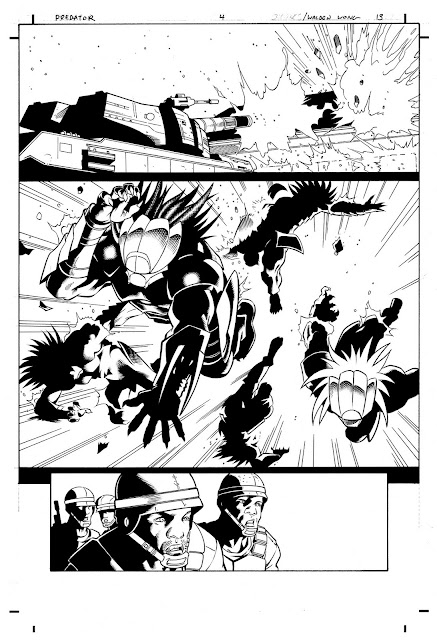 Below is a fun one. A stat page! First, the whole page was inked. In Panel one with the computer monitor, you'll see some predators running around on the roof tops. But you don't see it in panel three right below. 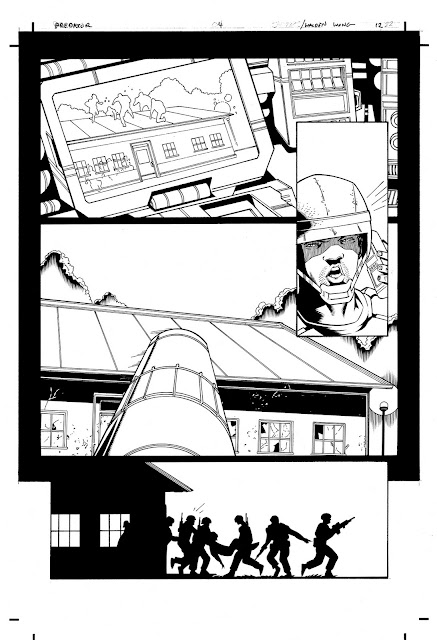 Since the Predators had a cloaking effect that made them invisible in the story, there had to be some way to draw that effect in for the colorist to work on and for me to ink. So a separate page was drawn for the cloaking effect which I inked with a flat blunt line. See below. 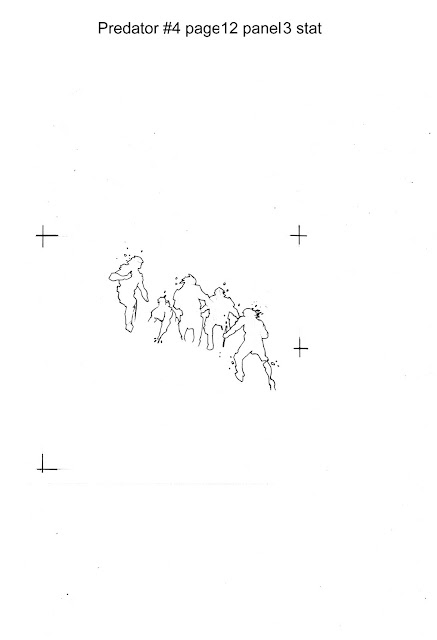 Those outer "+" lines you see are to align the Predator silhouettes with the inked page above. Put the two images together and you'll see the final image in the comp copies photo I've taken above. Very cool effect.
This book is out in stores now and you can find out more by clicking here.
Posted by Walden Wong at 9:39 AM