Got a package today that I wasn't expecting. It's this years DC Comics holiday gift. Every year during the holidays this time, DC Comics sends out something different. In past years since I started freelancing for them, there were messenger bags, gym bags, backpacks, portfolios, watches, desktop clocks, playing cards, flash drives, and more. All of which had the DC comic logo or the name "DC COMICS"on it. It's always a nice surprise to get these holiday gift. This year, it was a moleskin sketchbook. When I got the package, i unwrapped it to see this nice black box with the DC logo. 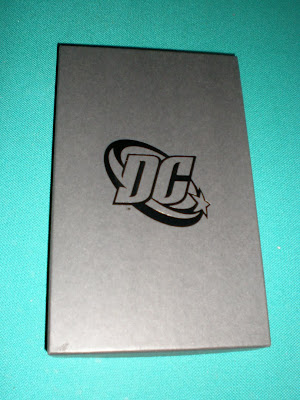 Opened up the lid to see a card that reads, Wishing you the Happiest of Holidays. DC Comics 2009. 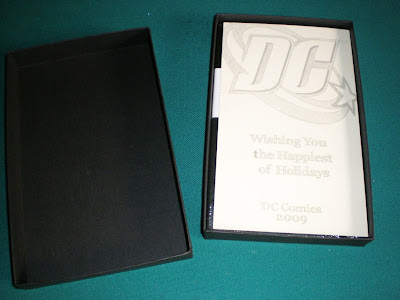 Took the card out and it was a moleskin sketchbook which had the name DC COMICS on the cover along with the DC logo. It's sealed in plastic along with a DC logo white strap around it. Remove the strap and the DC logo is also embossed on the black cover itself. 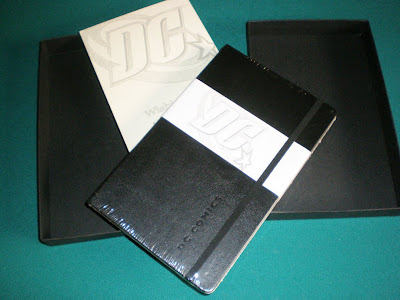 The card and the white strap around the sketchbook had the DC logo made to look like a pencilled sketch, which I thought was a nice touch. Then my next thought was... "I should ink that pencilled DC Logo sketch." My thanks to DC for this nice gift. Cheers!
Posted by Walden Wong at 10:41 AM